Metro is a common form of transport mostly used in urban cities across the globe. The metro is also known as heavy rail, mass rapid transit or rapid transit. There are over 150 metro stations 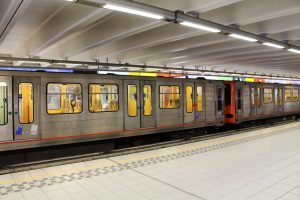 spread across different parts of the world. The New York Metro System is ranked as the biggest with most of its 421 stations being underground. Other cities with multiple subways include Shanghai, Seoul, Beijing, Mexico City, Madrid, Tokyo, Paris, London, and Moscow.

Metros are quite busy and crowded so you have to guard your personal belongings. Due to congestion, you are also likely to catch a cold or other infectious diseases on a train or at the station. You must be on time to catch the trains and secure a seat during peak hours. Otherwise, you might have to stand in the train or take a transit one to connect to your destination. With no traffic to beat, the metro is much faster compared to other forms of transport.

The train is an affordable form of transport for both locals and tourists. The metro also accepts different forms of payment including the metro card or transport smart card, debit/credit card or cash. You can book your ticket prior or purchase one at the metro station.